The next leg of the trip takes Simon & Dawn to Tasmania where some wonderful experiences await.

Tasmania, Australia’s best kept secret, is land of artisan producers, fine wines and top distilleries. It’s a little piece of heaven and we were thrilled to discover some of it’s secrets. 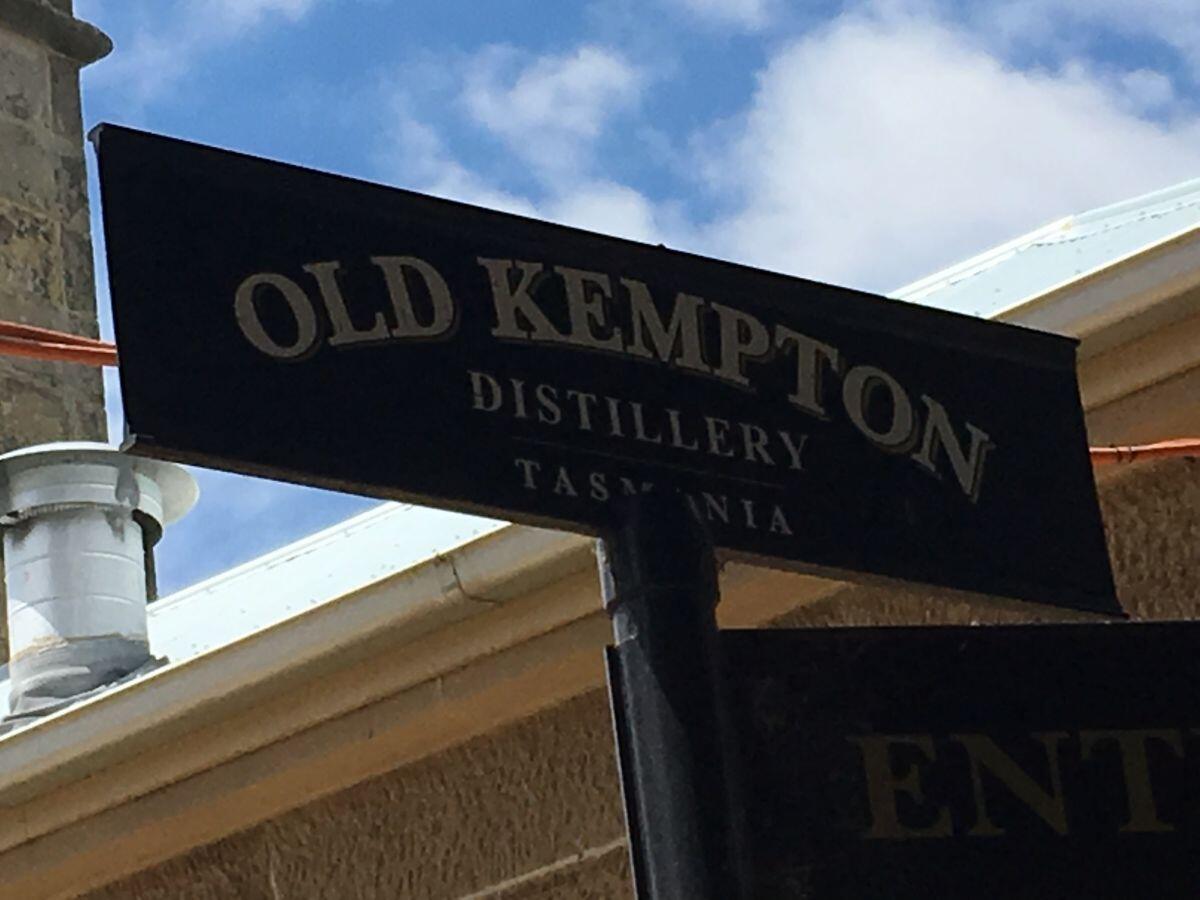 The hop over to Hobart from Sydney is an easy one, less than 2 hours. After the heat of Sydney (35C) it was a little bit of a shock to be hit by the fresh cool air as we walked down the steps onto the runway, but the unmistakable smell of smoke on the breeze let us know that things were maybe not as they seemed. Bush fires!

The drive into the city is easy too, traffic pretty light crossing the Tasman Bridge, (scene of a disaster back in the day when a dodgy ship’s captain hit one of the supports killing several of his crew and bringing down the bridge along with several cars). Views from the hotel over the harbour are lovely and let us know that Hobart is no major city, more of a cosy town. A brisk walk around confirms our suspicions and after Sydney and Hong Kong a more sedate atmosphere descends.

Shared plates, grazing, whatever you want to call it, is king in Hobart, as in much of Australia at the moment. A cursory glance at the menus of some of the top places in town show smaller, sharing plates (almost Spanish raciones) are all the rage. Franklin is the place people talk about and it’s uber trendy. Waiters and chefs all sport the hipster uniform, (tall, skinny, beard, tattoos, you get the picture). They’re all super pleasant, full of knowledge and willing to share it. This is a recurring theme in Tasmania, and would maybe annoy some people were it not so genuine. You get the feeling very quickly here that this is a region at the top of it’s game, belying the almost backwater image it has previously had.

It’s all about organic, artisan production. And it’s not just one or two places, it’s everywhere; so common as to actually be the norm rather than something different. I love that, it’s truly fantastic and the quality is really high; it just reminded me of a Housemartins lyric: “When blonde and beautiful is multiple, it becomes so dull and dutiful”. I almost found myself yearning for a dubious pastie from the local chippy! Almost… 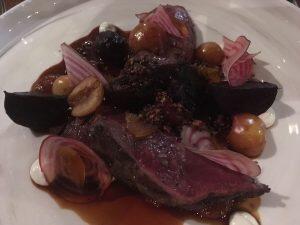 However, we did manage to find a lovely restaurant right on the harbour called Peacock and Jones. Here I was tempted to partake of the wallaby, served rare (above). Tassie is the only state legally allowed to harvest wallaby and it’s well worth trying. Another winner is Urban Greek where you will enjoy some really delicious food.

It was with a fair bit of guilt that I phone Kelly Bennett at Home Hill Winery to cancel our long held appointment. However, those fires that I mentioned earlier were burning pretty strongly in the Huon Valley and I was advised by several different people, including Huon locals, not to venture down there. It’s only half an hour or so from the city but people had been evacuated from close by.

On the call Kelly assured me that all was well and she had travelled from Hobart that very morning. So being from Northern Ireland and realising from our troubled past that people never came to visit us when they visited the rest of the island, even though everything seemed ok to us, I decided to bite the bullet and drive on down. Of course it was fine, even though the bridge 2 miles away was closed and traffic not permitted. And we were delighted we made the effort. Kelly was a real star and the wines were excellent including the 2014 Kelly’s Cuvee, a gold medal winning sparkling and their signature 2016 Home Hill Kelly’s Reserve Pinot Noir, considered one of the best in the country. Home Hill is all about family and we met Mum too on this really lovely visit. 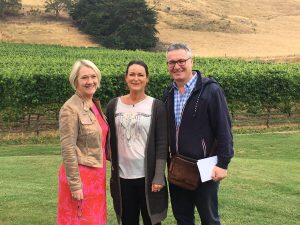 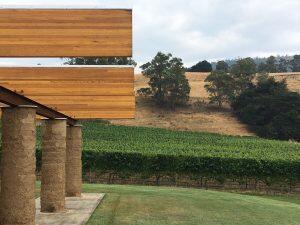 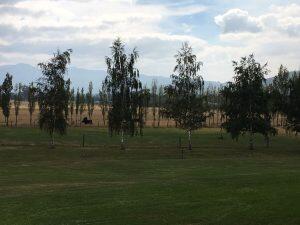 A visit to Tasmania probably wouldn’t be complete without a visit to MONA (Museum of Old and New Art). Getting the camouflaged ferry from the harbour up the Derwent River is a fun experience especially when enjoying a cheeky Morilla Riesling in the ‘Posh Pit’. 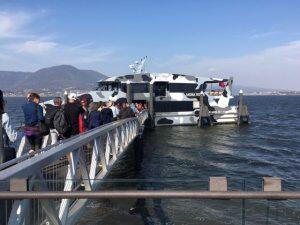 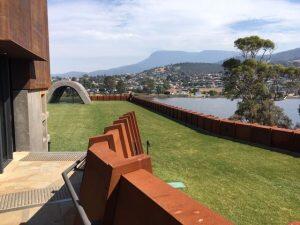 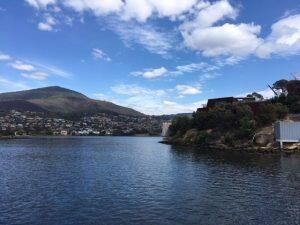 On arrival it feels a little ‘James Bond’; the eccentric owner made his money gambling (and devising a way to beat the system). The place itself is in a constant state of flux and is a wonderful stimulation to the senses. Restaurant the Source is really high quality with a great wine list and we tasted some lovely ones especially the Domaine A which was a stand-out Cab. 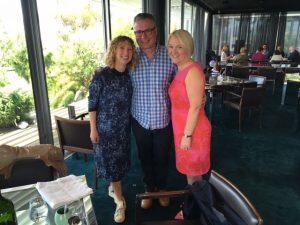 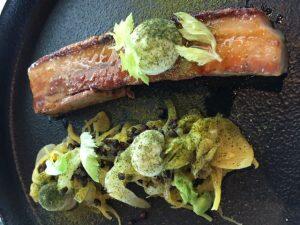 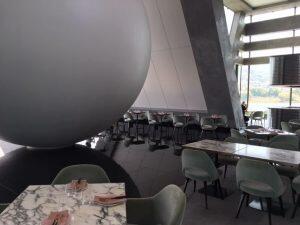 The Gran Reserva link was maintained when we were joined by a Emily, a charming girl we met while in Napflion, Greece last year when we were organising this year’s Gran Reserva Tour. Emily was just leaving her job in London to travel to her new position in MONA, so it was a delight to meet up once again. Also joining us was Ravi another recent recruit to the MONA staff, who delightfully spent several hours with us showing the experiences the site has to offer.

A visit to the Coal River Valley offers another side to Tasmania. The heritage here is fascinating and a visit to the town of Richmond underscores this well. The colonial shop and hotel facades, the convict museum (remember Van Diemen’s Land was  British penal colony where people endured miserable conditions in prison for committing relatively minor offences in the UK), and the street names all tell a story and it is well worth spending some time here. Onward though to the historic Pooley Vineyard a family owned business and the state’s first environmentally sustainable vineyard. 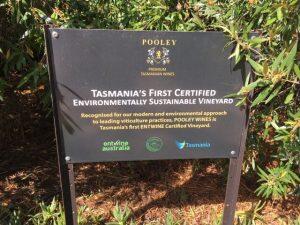 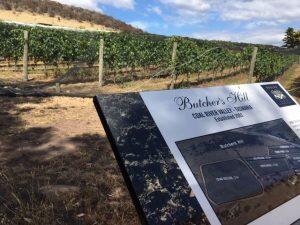 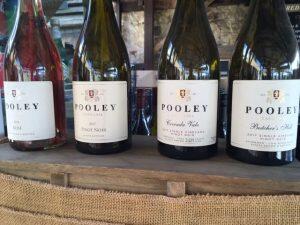 The Old Kempton Distillery isn’t too far away and it would be a shame not to taste whiskey from Tasmania (a Tasmanian distillery won best single malt whiskey in the world in 2016). Distiller John is a true character and the award winning whiskies are really good (but expensive). We had to buy a bottle because Dawn finally found her single malt! 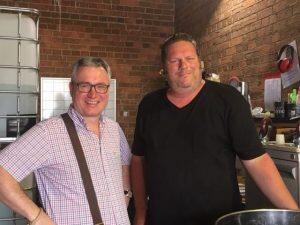 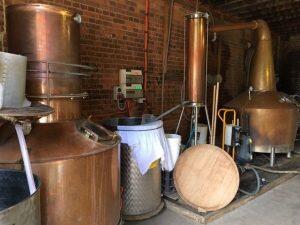 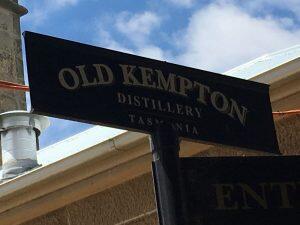 Tasmania has been a real treat and we didn’t touch the half of it. I really want to come back and explore some more. But it’s time to move on to South Australia.