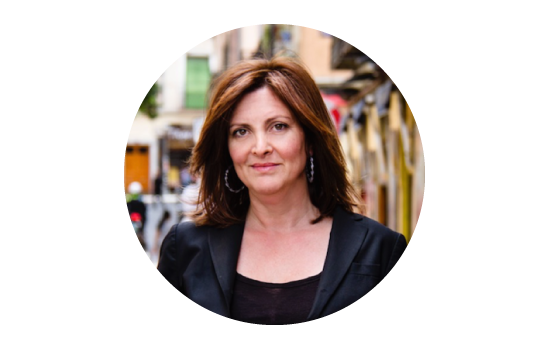 Spain has always had a strong attraction for Joanna. While she was studying in Andalusia, she was drawn to flamenco and this in turn led her to explore the Spanish way of life. After working in television in the U.K., she travelled extensively for two years’ in Asia and Latin America where she always sought the hidden treasures.

She eventually moved to Spain in 1999 to produce programmes for the TV lifestyle channel “Canal Estilo”. Joanna then went on to work on the launch of Fox Entertainment & National Geographic Channel in Spain and Portugal. In 2004 she set up Insider’s Madrid providing tailored tours of the capital and the cities around it for families and private groups and subsequently offering behind-the-scenes travel experiences through her pan-Spanish company Insider’s Travel. Joanna started working with Iberian Wine Tours in 2013. It soon became clear that they shared a mutual appreciation of Spain and how to travel through it and the rest is history!