Most great wines in South America are made in the shadow of the Andes. The vineyard vistas that sweep from the mountains to the foggy fringes of the Pacific in Chile and across the high altitude desert plains of Mendoza under snowcapped peaks are dramatic and humbling to behold.

See our introduction to South America in the film below:

Chile and Argentina are the twin wine giants of the deep south (with Uruguay and Brazil edging some attention), making deeply impressive wines that are as contrasting as the countries themselves. Small production Pacific Chilean sauvignon blancs reflect the vibrant dynamism of a burgeoning country and economy, the Argentine malbecs a bold statement of the country’s yearning for former grandeur, so hindered by economic shenanigans.

Above all, South American tours show the light hearted and joyous approach to life that characterises the region. If asado beef, Pacific seafood and some of the world’s great wines sipped in view of the Andes don’t tempt you, just relax and enjoy the pervasive happy vibe, ‘la buena onda’. 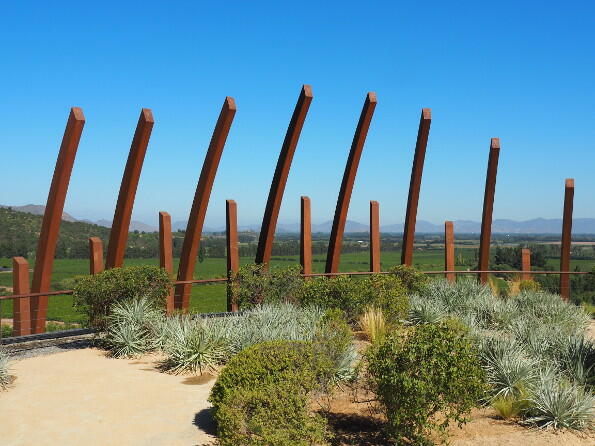 Argentina and Chile are the powerhouses in the South American wine world. Argentina is the world’s 7th biggest wine consumer and the 3rd largest exporter of wine to the USA. Most of this rise has happened since 2005 and shows the huge spike in growth there. While much of the consumption locally is of low quality table wines, in recent years the emphasis on quality in terms of production has been noticeable. Chile’s wines have in the past maybe a acquired a reputation of dependability with not a great deal of panache. Again things have been changing over the last decade. It is the world’s 5th biggest exporter of wine and most of this is provided by 3 huge companies (Concha y Toro, Santa Rita and VSPT), however a small independent group of around 32 small scale winemakers (MOVI) have been trying successfully to promote quality artisanal wines around the world. Our visits to South America capture the new diversity and exciting wine that are now being produced in the region.

Argentina consumes almost 150lbs of beef per person each year and until very recently held the number 1 spot in the world, only to be replaced by close neighbours, Uruguay. To put in context the next nearest in terms of consumption is the USA with just around 50% of this. Suffice to say, beef is king and no wonder with the vast pampas and large cattle herds with a strong history of gauchos. Empanadas or small pasties are also a way of life here. In Chile, while beef is important, there is more emphasis on seafood particularly salmon (maybe due to it’s over 2600 miles of coastline). Of course European immigrants have influenced cuisine here too with meatballs in tomato sauce, shellfish soups and stews and pies important in the central valleys. Our trips to South America manage to capture both traditional cuisine and cutting edge food that is now being produced.

Argentina is a fascinating country that has a vibe as intense as the tango for which it is so famed. A passionate people, almost 70% of them are of Italian extraction, giving them a fiercely independent side. On the face of it Chile is the more restrained and tranquil neighbour but appearances can be deceiving as they are extremely canny in terms of business and are diligent workers. Both countries are crazy about football and Chile currently hold bragging rights after beating Argentina in 2015 to win the Copa America. Our trips to South America allow us to see through food and wine and our interactions with local people to get a personal feel for this very special region.